The BC Wine Guide

The BC wine industry is booming. With over 1,000 vineyards, 11,000 growing acres and 275 licensed grape wineries, the industry has grown to over $3.75 billion in value and is showing no signs of slowing down. Its geographical area larger than France and Germany put together allows BC to produce a third of Canada’s wine and export it to the US, China, South Korea, Netherlands, and around the world.

Unsurprisingly, the BC wine industry and wine country are a huge draw for tourists both international and British Columbian. Every year, our province sees more visitors for ‘wine tourism’ than Vancouver did for the 2010 Winter Olympics, which helps support the roughly 12,000 people employed directly by the wine business.

So what’s all the fuss about?

It turns out BC wine is delicious. And our different regions and climates are able to produce a wide variety of products. Not only that, but the province has come along way in terms of quality in the past couple decades, earning itself countless awards and recognition around the world.

In this blog post, we’ll break down everything BC wine: the grapes, the regions and production.

Because of the province’s truly diverse climate, there is no signature variety or style coming from BC. Instead, we’ve got a bit of everything, growing red and white almost equally. As an example, if you head to Osoyoos or Oliver, the hot climate is ideal for producing red wines. But if you head over to the wet and mild Island, you’ll find Pinot Gris and Rieslings making a name for themselves.

While white wines used to be the dominant variety here in BC, reds have grown in popularity over the years. Today, we have close to an equal amount of both. That being said, the most produced wines by acreage are Merlot, Pinot Gris, Pinot Noir and Chardonnay.

BC has already made a name for itself in the international wine community thanks to icewine. In order to produce icewine, the grapes have to freeze naturally in at least -8 degrees. Because of this requirement, BC has a unique advantage at the international level. Icewine is produced across the province, but grows best in the Okanagan Valley and Similkameen Valley because of their steep temperatures.

The BC Wine Regions

The undisputed frontrunner in BC when you’re talking wine is the Okanagan Valley. This region stretches roughly 200km north of the US border and produces nearly half of the province’s wine. The Okanagan Valley is extremely picturesque with its several lakes with mountains in the background, making it the major draw for BC wine tourism. 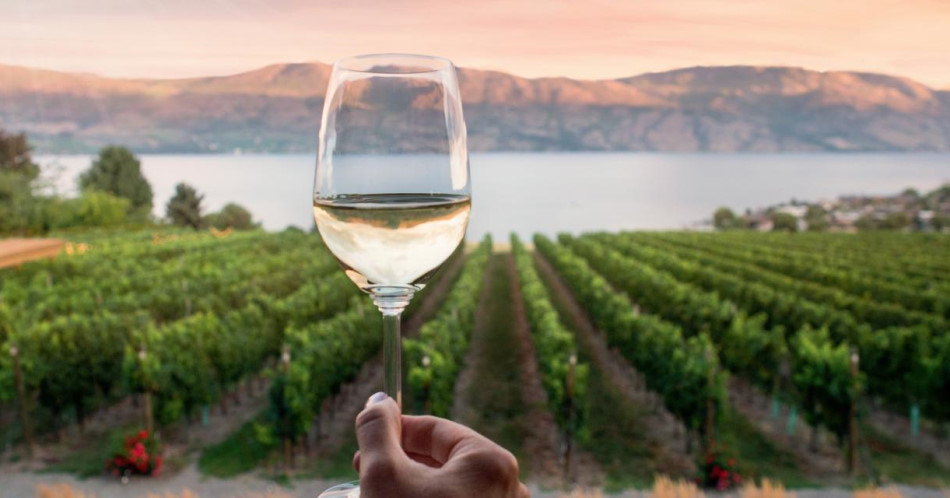 The region is so large and diverse that it had to be split into several sub geographical indications to include Osoyoos, Penticton, Summerland, Kelowna, Vernon, and many more towns. The climate varies from top to bottom, but in general the region is plain hot with the southern tip bordering on desert-like conditions. Many types of wine are grown in the Okanagan – red and white, but Riesling, Pinot Noir, Cabernet Sauvignon and Pinot Gris are prominent. 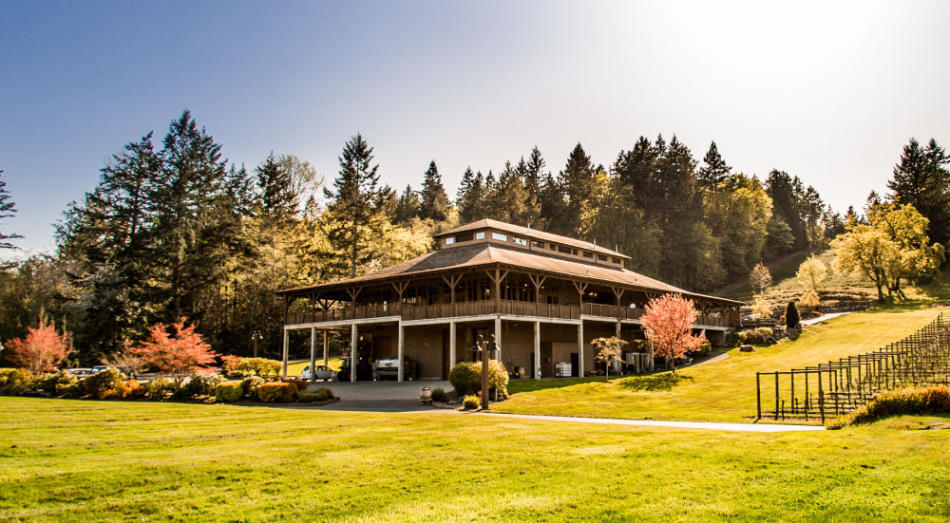 The Vancouver Island region has exploded in the past couple decades, having become the second largest producer in the province with around 30 wineries. The Cowichan Valley is one of the more densely populated areas of grape-growing, which has earned the sub-region its own sub-GI title in recent years.

The nearby mountains and Pacific Ocean generate a climate that is wet and mild in the winter and dry and mild in the summer. While there are a range of wines grown on the Island, Pinot Gris, Pinot Noir, Marachel Foch and Ortega are the most notable varieties.

The Gulf Islands is a rather tiny region in BC with just about 80 acres of vineyards, but is still able to produce quality wines and attract a staggering number of wine enthusiasts every year. Similar to its Vancouver Island region neighbours, the Gulf Islands have a long growing season. That’s because the Pacific Ocean is able to thwart off frost until quite late in the year, and there is little to no snowfall during winter. The Gulf Islands’ atypical climate is ideal for growing white wine and lighter style reds, including Pinot Noir, Pinot Gris, Ortega, Chardonnay, and Gewürztraminer. 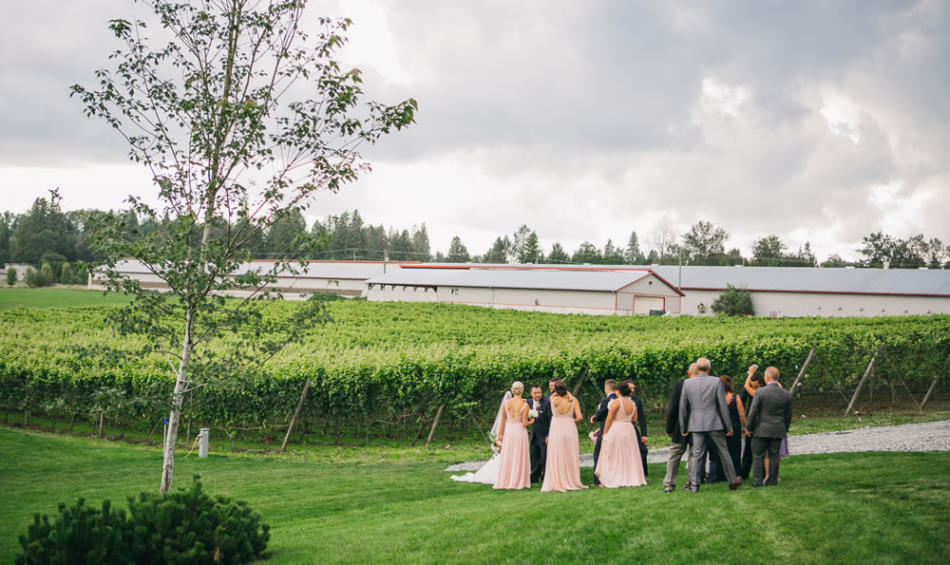 The Fraser Valley is a true farming community, with some of the most lush and fertile soil in the province. In fact, the Fraser Valley is home to roughly half the province’s entire agricultural production. With the ideal growing conditions and proximity to urban Vancouver, it’s no wonder the Valley’s two dozen wineries have found huge success. Due to the cool climate that stretches from Abbotsford to Hope, the mainstay wine varieties grown here are Siegerrebe, Chardonnay, Bacchus and Pinot Noir. 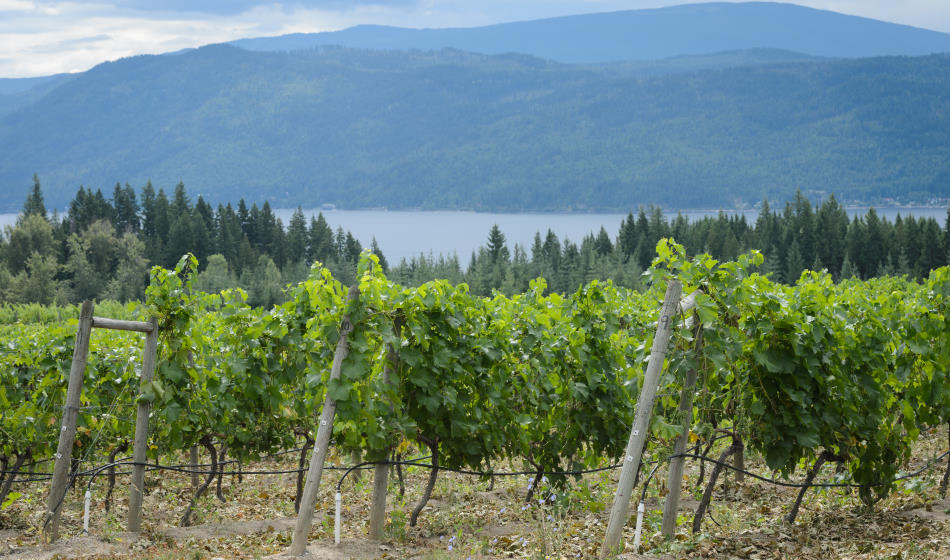 The Shuswap region is a truly beautiful part of the province with a seemingly unlimited distance of shorelines thanks to the snaking Shuswap Lake and other waterways. Today, the region has grown to include over 100 acres of vineyards. The Shuswap microclimate is slightly cooler being located further north, and produces fruity wines in several varieties such as Marechal Foch, Ortega, Siegerrebe, Kerner and Gewürztraminer.

The Kootenays is a small, rugged and mountainous region with hot springs, waterfalls, and the sizable Kootenay Lake. The wine business started up in the Kootenays in 1995, and it didn’t take the region to reach almost 100 acres of vineyards. Today, the main wine varieties produced in the Kootenays are Pinot Noir, Pinot Gris, Marechal Foch and Gewürztraminer.

Lillooet has a similar climate to the Okanagan Valley, with very long summers that are hot and dry. Located along the Fraser River touching the southern tip of BC’s Cariboo region, Lillooet is a very tiny wine growing region with a bright future. The wine growing didn’t start here till 2004, but the roughly 30 acres of grapes are producing quality Riesling, Pinot Noir, Merlot, Cabernet Franc, Chardonnay and more. 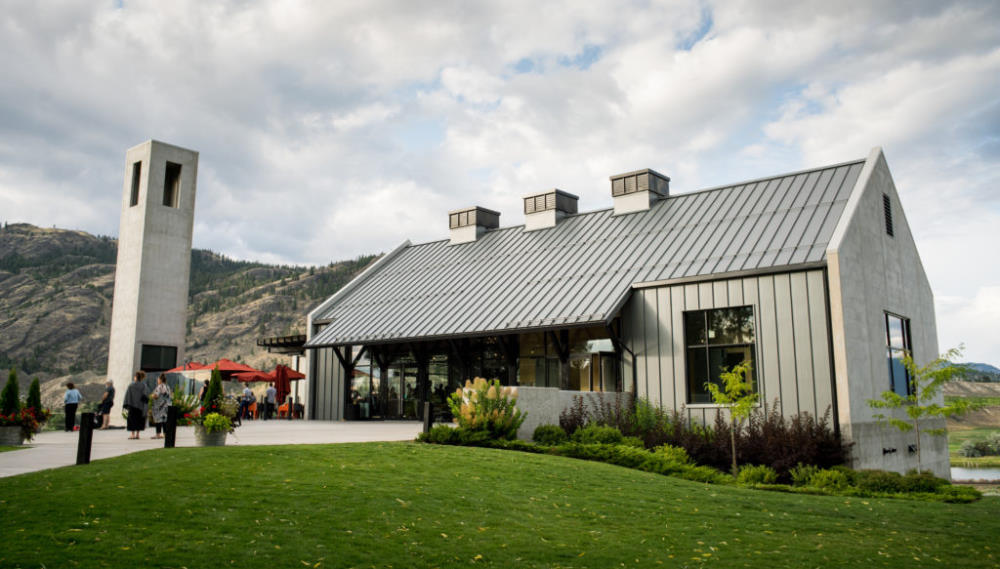 The Thompson Valley is the northern most wine region in the province, with Kamloops as its beating heart. Running along the Thompson River, the region experiences high temperatures and a lot of sun. The region is still tiny one however, with just around 100 acres of grapes and a few wineries. The most notable varieties to be found in the Thompson Valley are Chardonnay, Pinot Noir, Riesling and Marechal Foch.

Although the conglomerate Constellation Brands is the top producer and seller of BC wines, the vast majority of vineyards are small, family fun establishments that produce under 5,000 cases of wine per year.

Most of these families and farmers have grown up and live on the land they harvest, which has fostered a respect and understanding for the land they inhabit. This attitude and respect have paved the way for real quality wine in BC.

To take that quality a step further, the Vintners Quality Alliance (VQA) developed a program in 1990 that would outline quality standards for BC winemakers. Today, the BC VQA is the independent regulatory authority tasked by the BC Government to regulate and enforce the quality standards of our wine.

If you see a BC VQA bottle, you can rest assured the wine has passed rigorous testing from a qualified panel of experts. The VQA label promises a product grown with 100% BC grapes, 95% having come from the specific region mentioned on the packaging. The VQA sticker also means quality criteria boxes have been ticked, and the wine is without any inadequacy.

For a wide variety of BC wines, swing by one of Springs Group’s liquor store locations across the Lower Mainland.