All the Beer Types: The Ultimate Beer Guide

There are upwards of 185 craft beer breweries in BC, with another 1,000 across the country. Looking south to our American neighbours, there are more than 9,000. There’s no doubt that craft beer has taken over.

A staggering selection of craft beer is available in liquor stores, and every nook and cranny that serves alcohol seems to have at least a semi-respectable beer list. The craft beer revolution has spawned breweries all over the place, created whole new types of beer, and opened the eyes of the average alcohol-drinking consumer. But it’s also caused some confusion. For new beer drinkers, it can be downright perplexing.

There’s a healthy dose of acronyms, like IBUs, IPAs, ABVs, and ISAs. There’s also Nitros, Sours, Porters, Dunkels, and many other things that don’t sound like beer. And with the sheer volume of choices, it can be tough to know what kind of beer person you are – so much so, that craft beer is approaching wine-levels of ambiguity and confusion.

To help you navigate the world of craft beer, this Ultimate Beer Guide will seek to break down and demystify each type of beer. We’ll include some examples, too. But first, let’s start with some key terms:

Before we dive into the different beer types, we need to take a high-level look at the beer brewing process. Every beer made starts out as either an ale or a lager. It’s actually not that complicated – although the range of beer types can be dizzying, each one falls into either the lager bucket or the ale bucket.

Ales are created through a process called top fermentation. In this process, yeast ferments at a warm temperature before settling at the top of the beer. And the yeast used has a higher tolerance for alcohol. Lager is the opposite. The process of creating lager uses fermented yeast at a colder temperature, which then settles at the bottom of the beer. Because the temperature is colder to make lagers, the fermenting process takes longer.

Starting off with the lagers:

Pale lagers are the most popular beer in Canada and the US, as they include Bud Light, Corona, Budweiser and the like. Pale lagers are light and crispy in flavour, with a pale gold colour. They’re typically lower in alcohol as well. The light taste and flavour make pale lagers great intro beers for newcomers, plus they pair well with almost anything – pizza, burgers, tacos, and more.

Amber lager is made by toasting the malted barley slightly longer. The longer you toast, the deeper the colour. That extra sizzle on the barley can also produce extra flavours, typically caramel and toffee. Still, like pale lagers, they maintain the same smooth taste and lower IBU.

Also known as Dunkels, dark lagers are very dark in colour. The malted barley here has been toasted to the max – standing opposite to pale lagers. Despite maintaining a light body taste, the aromas can be wild, including coffee, chocolate, and molasses. The ABV typically remains at around 5% or less, and the IBU is typically under 30, making it very low on the bitterness scale. With your dark lager, try hearty, spicy foods like BBQ meat and sausages.

Pilsners are a slightly hoppy-er and more carbonated variation of pale lager that have grown tremendously in popularity. They originated in the town of Plzen, Czech Republic, where brewers began adding a strong hop called Saaz to their pale lagers. Gold in colour and famously thirst quenching, pilsners are great for a hot summer day.

Next, on to the ales! 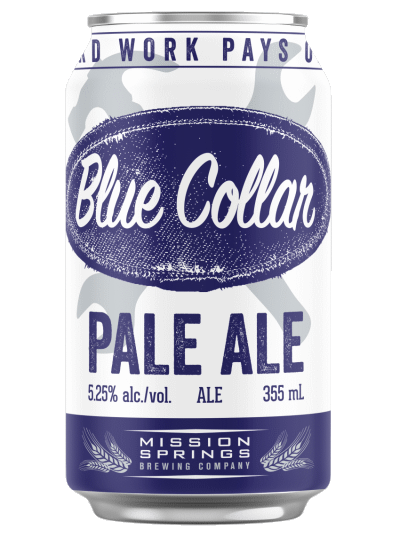 Pale ales are the most consumed craft beer on the planet – and for good reason. Aside from exciting flavours and strong aromas, they’re super easy to drink. They’re quite pale standing next to the rest of the ale family, and hover between 4-6% ABV. Also known as blonde or golden ales, pale ales pair well with just about any food.

Similar to amber lagers, amber (or red) ales have a toasted, caramel-ish flavour. Their malted barley has been fried a little longer, causing the colour to turn out copper-coloured or red-ish brown. Also easy to drink like a pale ale, amber ales are medium-bodied and pair well with meat, fish and grilled vegetables.

Kölsch is a light-coloured, light-bodied variation of a pale ale. They typically don’t stray higher than 5% ABV, and top out at around 30 IBU. This style of beer originates in Cologne, Germany, and mixes the top-fermenting brewing technique of ales with the cold temperature conditioning of lagers.

Also known as an IPA, the India pale ale is the crown jewel of the craft beer world. It’s the IPA lovers who have propelled craft beer to stardom. They got their name in the 1900s, when England occupied India and was having issues sending beer across the ocean to the colonies. In order to survive the long journey, the beer was packed with extra hops (a natural preservative) and alcohol.

IPAs are famous for their hyper bitter taste and ‘hoppyness’. Ask anyone, they either love them or hate them. With an average ABV of 5-10% and IBU of 50+, IPAs are certainly not for beer newcomers.

With mid-level ABVs and IBUs, brown ales are delicious, malty beers without all the hoppy bitterness. You’ll be sure to taste a heavy trace of caramel in a brown ale. These English-style ales pair well with red meat, ribs, and stews.

Also known as white beer or Weiss beer (German for white), wheat beers are light are fruity with low bitterness. Belgian Witbier and German Hefeweizen are the big names in the wheat beer category.

As its name suggests, wheat beers rely on a mix of barley and wheat, and while they’re typically made into ales, wheat beers can also take the form of a lager. They’re extremely pale in colour (almost white), and pair nicely with grilled vegetables and salads.

Belgian ales encompass a whole variety of beer styles, but deserve a mention on their own. It tough to describe them closely, as their ABVs, IBUs and colours can vary so much. Under the Belgian Ale category could anything from fruit beers to hoppy ales.

Next, onto stouts and porters…

Although stouts and porters are technically ales, they deserve their own classification, being so distinct in taste and so dark in colour.

Made with oatmeal, the oatmeal stout is a thick-bodied ale that feels like silk in your mouth. It’s smooth, sweet, and very rich. The ABVs can range, but bitterness is kept under control in an oatmeal stout. If you’re looking for a food pairing, oatmeal stouts are best with shellfish like raw oysters.

Also known as the Russian Imperial Stout, the imperial stout is from the 1800s, back when the English we’re trying to export it across the Baltic Sea. These beers can be very high in ABV, and slightly more bitter than its oatmeal stout cousin. To pair with your imperial stout, try asiago cheese or some rich chocolate cake.

The rest of our beer types don’t really belong to any category, so we’ll call them specialty beers. For some of these beers, it’s less about the fermentation, barley and hops, and more about a punch of flavour from other sources. Others just deserve their own section!

The Radler is a pure summertime beer, being very light, refreshing and pleasant to drink. The classic Radler is 2-parts beer – typically a lager or other light beer, and 1-part lemonade. Over the years, creative brewers have played with that combination, and substituted the lemonade out for other juices like grapefruit and orange. 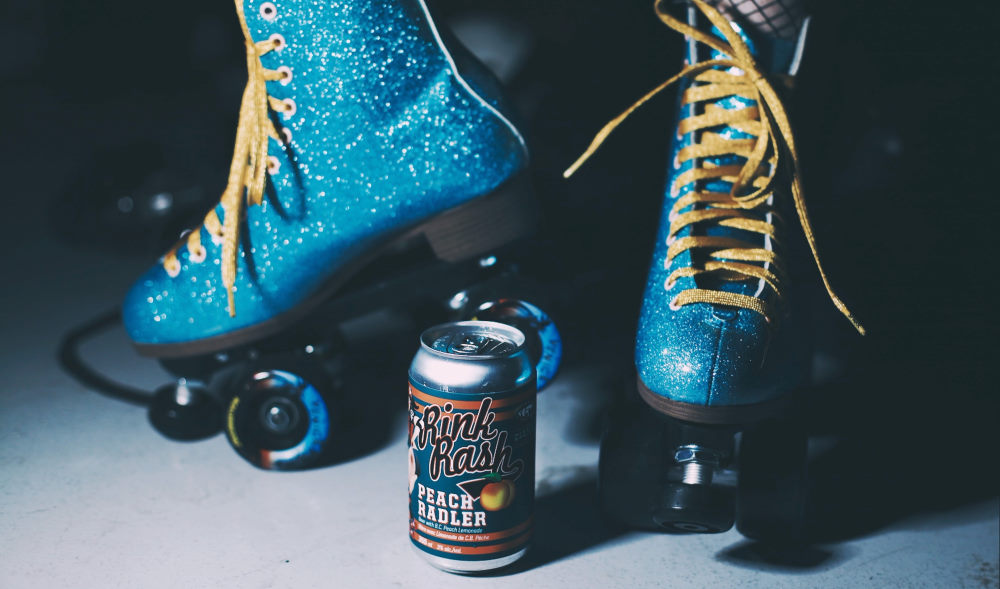 Bock is a strong German beer from town of Einbeck. It was adopted by Munich brewers in the 17th century, but pronounced as ‘ein Bock’, which means ‘billy goat’ in English. That’s why you’ll see a goat on many Bock style beer labels. The beer itself usually takes the form of a dark lager, but exists as many substyles, including Maibock, Doppelbock, Weizenbock, and Eisbock.

Also known as a Braggot, honey beer is typically thought of as a halfway point between mead (an alcoholic drink made from fermented honey and water) and beer. This style of beer is a tricky one to brew, as the flavours of malt and honey can easily overpower each other if the mix isn’t just right.

This type of beer spends a period of time aging in a wooden barrel before it’s packaged and sold, similar to bourbon, wine or whisky. In fact, barrel-aged beer often reuses the same barrels from other spirits, pulling out some of the past flavour along with the flavour of the barrel. Oak barrels are the top choice, but chestnut, ash, poplar, and cedar can be used, among others.

Similar to lagers brewed in North America, Japanese rice lagers share a light colour and crisp flavour. The difference is – you guessed it, lots of rice. Rice lager normally stays around 4-5% ABV, but carries more carbonation, and a much drier taste, making it an ideal match for sushi.

Pumpkin beer is popular in the US, along with a catalog of other pumpkin/pumpkin spice flavoured foods that came about after the pumpkin spice latte. It can be made by either adding actual pumpkin flesh in the brewing process, or just adding some natural flavour to a finished beer. To take it a step further, this seasonal beer can be supplemented with spice flavour to produce a pumpkin pie taste.

We hope this craft beer guide has given you some insight on the different beer types, flavours and styles available. You’re on your way to being a craft beer nerd.

Find a Springs Group liquor store near you to browse their selection of craft beer.